The Dark Crystal has arrived at MoPOP.

The Jim Henson Company has gifted MoPOP with a carefully selected group of artifacts from the 2019 Netflix series, and our valiant curatorial wizards have gone above and beyond to create a space that immerses visitors in the fantasy world.

The Dark Crystal: Age of Resistance, a prequel to The Dark Crystal (1982), tells the story of Brea, Deet, and Rian, three Gelfling in the land of Thra who discover the horrifying secret behind the evil Skeksis' power, then set out on an epic journey to ignite the fires of rebellion and save their world.

The collection now on display in the Fantasy: Worlds of Myth and Magic exhibition includes puppets and set pieces that draw visitors into the pivotal scene where Brea uncovers the secret that begins her quest in the Great Library of Ha’rar.

Among the artifacts are:

In addition to the amazing artifacts themselves, visitors may also notice the intricate detail of the display case housing the puppets.

Museum designers and exhibits fabricators spent weeks rolling up their sleeves to design, prototype, build, and paint the walls and platform by hand, creating a space that fully immerses visitors in the Great Library of Ha’rar.

“One of the big themes in the fantasy gallery is worldbuilding and how that is such an important part of the fantasy genre in general,” said Steffi Terasaki, Associate Curator at MoPOP. “So we wanted to re-create part of the world of Thra to highlight the puppets and the creativity of The Jim Henson Company.”

The original Dark Crystal film launched Jim Henson’s Creature Shop and started the company’s innovation in animatronics, and the 2019 Netflix Emmy-winning series stands as a testament to just how far the company has advanced over the last 40 years.

The Dark Crystal: Age of Resistance combines traditional puppetry with lightweight animatronic technology to give life to several characters, such as the Pluff’m on display at MoPOP. 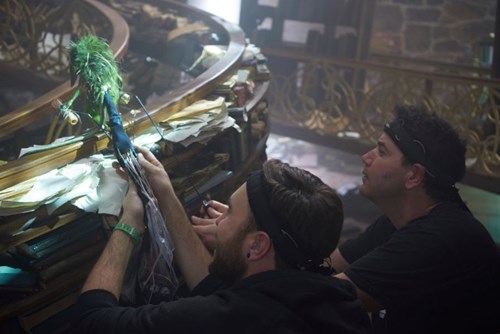 To give visitors a sneak peek at the magic that goes into bringing the mischievous little creature to life, curators left the Pluff’m wires and electrical components used to operate the Pluff’m exposed. They also placed the puppet in a dual-sided display case so onlookers could get a full view of what’s under the hood.

“There’s a lot of imagination that goes in beforehand to envision what this gallery will look like before it’s built,” said Joshua Chin, Senior Exhibit Fabricator at MoPOP. 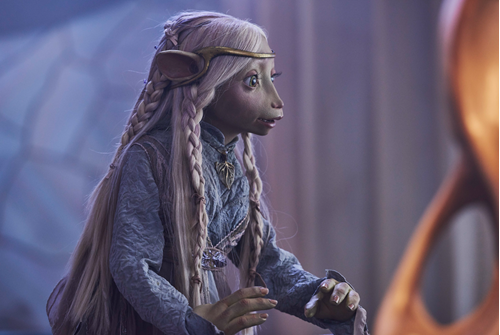 Brea is one of the three main heroes in The Dark Crystal: The Age of Resistance. She loves books and history, yet she craves adventure outside the walls of the Great Library of Ha’rar. After discovering secrets about the Skeksis, self-proclaimed rulers of the land, Brea finally sets out on her journey, making it her mission to release the people of Thra from the Skeksis’ tyrannical rule. 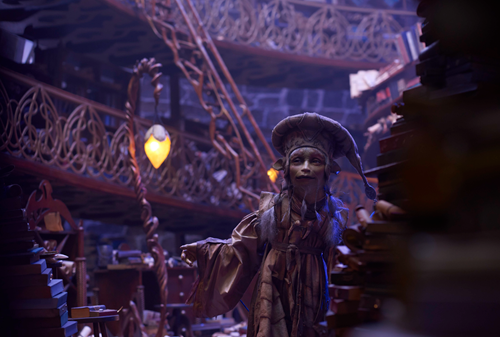 The Gelfling Librarian is the keeper of the Great Library of Ha’rar, which documents the history of the planet Thra. The library’s collection includes the Book of Thra and the Skeksis Book of Law, which inspires Brea on her quest for the truth, eventually leading to the unification of all seven Gelfling clans. 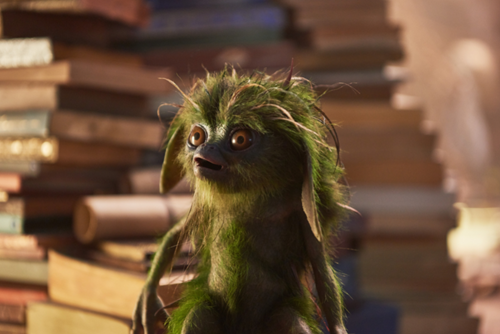 The spirited and fuzzy Pluff’m reside in the stacks of the Great Library of Ha’rar. Pluff’m have an inherent charm that has led many Gelfling, including the Librarian, to adopt them as pets — only to later discover the little creatures’ mischievous nature and taste for paper. 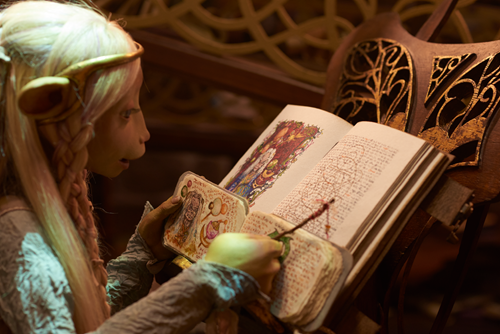 Based on artwork from: Brian Froud (The Dark Crystal, Labyrinth)

Brea reads The Book of Thra in the Great Library of Ha’rar and copies the image of Aughra, a mother nature-like figure and embodiment of the world of Thra. In the scene, the book rests on an elaborate lectern with Brea using the stool to hold her paint set as she copies images into her sketch book. The library is a key environment for Brea’s enlightenment and where a new symbol magically reveals itself to her, representing the seven Gelfling clans unified as one.

Need something to look forward to? Plan your next visit to see The Dark Crystal puppets up close!

Myron Madden is the content marketing manager (and maestro of mischief) at MoPOP.