Up until 2017 I would have described myself as an occasional comics reader. My reading habits largely focused on science fiction, fantasy, and weird literature books. During this year I made a sudden switch, and have been devouring comics and graphic novels to the exclusion of most other media. Here are my top 10 reads of this year, in no particular order. 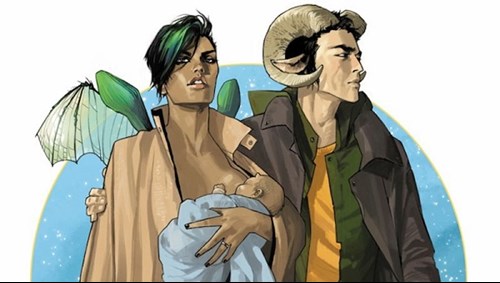 I will put Saga first, as it was this stellar series that sucked me completely into the comics realm this year. Saga is an epic science-fantasy series, focusing on Alana and Marko, two lovers from different alien species, and their daughter Hazel, as they traverse the universe, trying to stay alive. It’s inclusive, touching, unexpected, and brilliant.

Shutter follows photographer Kate Kristopher as she gets pulled into an Indiana-Jones-style adventure across the globe, uncovering secrets about her powerful family and the shadowy Prospero organization. It’s a fun combination – weird and playful, moving and familial, violent and shocking.

I guess Prophet started in the early 1990s as some ‘roided out WWII-era supersoldier named John Prophet. The revamped series takes place 10,000 years in the future, where there are innumerable clones of John Prophet across the universe, genetically modified to their particular habitat and role, and engaged in bizarre missions. The whole series is a warped science-fictional fever dream. I love it. 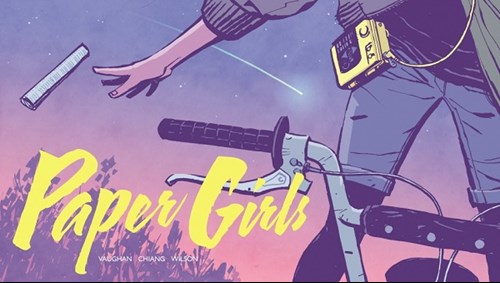 If you’re into Stranger Things, you might try out Paper Girls. Same ‘80s aesthetic, with an awesome mélange of science fiction/fantasy/horror thrown in. It focuses on a group of tween paper-delivery girls and their adventures amidst an alien invasion, time travel, and the multiverse.

I first bounced off Matt Kindt’s rough, impressionistic art style, but reading his Mind MGMT series turned me into a true believer. He is a genius writer and his artwork is a perfect compliment. Dept H is a near-future, underwater sci-fi murder mystery with some really weird stuff happening. 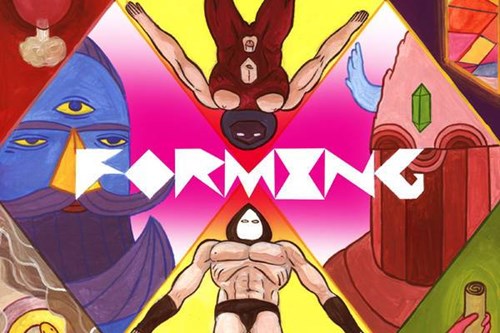 Speaking of weird, Forming is exceedingly strange, in the best possible way. Since 2009, Jesse Moynihan has been unveiling on his website an epic cosmogony of the multiverse, filled with byzantine and surreal plots by foul-mouthed deities and demigods. It’s like the Hamilton of Mesopotamian/Greco-Roman/Judeo-Christian creation myth.

WicDiv is the perfect comic for our era of reality television, social media, and celebrity obsession. Every 90 years, twelve humans merge with the spirit of a different deity, and are worshipped and feared as the ultimate pop stars. They burn brightly for 2 years and then they are dead. Except someone is killing them off before their time.

On the Camino
Jason
Fantagraphics, 2017

The Norwegian cartoonist Jason is one of my all-time-favorite comics creators. I love his anthropomorphic blank-faced animal characters and his ability to create byzantine, wildly creative narratives with little or no dialog. On the Camino is a memoir of the artist taking a 500-mile hike on the Camino de Santiago in Spain for his 50th birthday. It’s introspective, uncomfortable at times, and quietly triumphant. It’s fantastic. 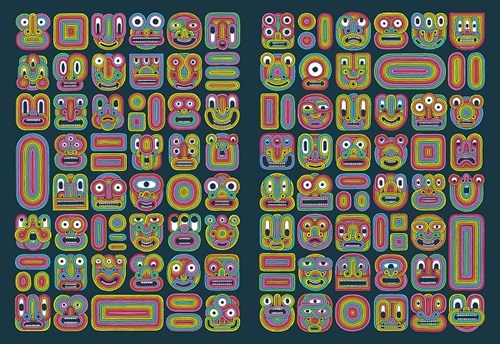 I love everything Jesse Jacobs creates. His newest effort, Crawl Space, is part teen drama, part haunted house narrative, and part Alice in Wonderland adventure into a weird world of rainbow psychedelia and sacred geometry, except the rabbit hole is a washer-dryer.

With Head Lopper, Andrew MacLean creates an awesome mix of D&D-style arcane fantasy, Viking Edda, and grumpy buddy comedy. The huge, bearded swordsman Norgal, the “Head Lopper,” hacks his way through various adventures, with the scheming and endlessly chattering severed head of the Blue Witch Agatha as his sidekick.

Special thanks to Senior Curator Jacob McMurray for sharing his favorite comics of 2017. We're diving into the world of comics next year at MoPOP with MARVEL: Universe of Super Heroes, so check back often for more on comics, their creators, and creations!