Seattle is a city of nerds.

Almost every neighborhood has a comics store filled with devoted customers. Our ever-growing spring extravaganza, Emerald City Comicon, is one of the largest in the country. We’re lucky to have the nationally respected independent comics publisher Fantagraphics down in Georgetown. And don’t get me started on how quickly Cinerama and Imax tickets sell out for anything comics, sci-fi, or fantasy.

So when I learned MoPOP’s spring exhibition was focused on one of the most influential comics publishers of all time, it took all my concentration to keep from doing weird acrobatic dances of joy. And I bet the same will be true city-wide when they hear MARVEL: Universe of Super Heroes opens April 21, 2018!

Over the past 80 years, MARVEL has become known for their compelling characters and memorable stories. Following in that tradition, MARVEL: Universe of Super Heroes will tell the company’s crazy-impressive story from their beginnings as Timely Comics in 1939 to the global phenomenon MARVEL is today, spanning print, film, television, video games, and collectors’ items.

Nearly 300 artifacts will help tell that story with pieces like Thor’s hammer as used by Chris Hemsworth and the “Cloak of Levitation” worn by Benedict Cumberbatch in Doctor Strange. But it’s the original art that I’m most excited to see. 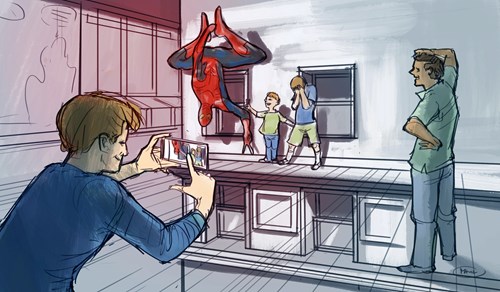 At its beginning, MARVEL wasn’t concerned with keeping their original comic art, so the pages that have survived are some of the rarest in the genre. Among those pieces will be the first MARVEL comic ever published, MARVEL Comics #1 (1939) and pages from the Amazing Spider-Man “Death of Gwen Stacy” storyline.

One of my favorite things about MoPOP’s exhibits are the opportunities to see works by master creators up close. Plot ideas scribbled in a margin, an artist’s guide lines delicately sketched in pencil, even a stack of detailed, typed instructions act as a portal for me to experience the creative process from the perspective of the creator. 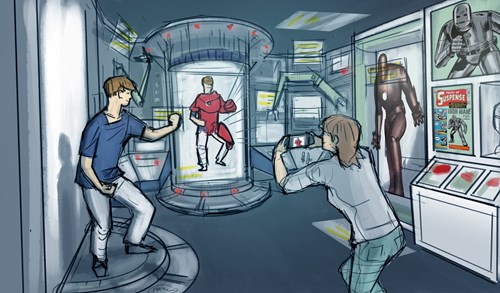 Concept artwork by Studio TK
Is hoping for Jarvis is there too much to ask?

But it’s not just the artifacts I’m excited about. This exhibition has a group of excellent curators attached who have mined MARVEL’s history to show the comics’ influence on popular culture as well as their reactions to historical events and real-world issues like gender, race, and mental illness.

What do you hope to see in MARVEL: Universe of Super Heroes? How will we pass the time until April 21? Let us know! 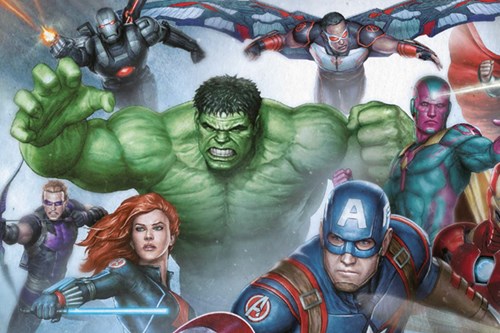