I think it’s important—and necessary to maintain one’s sanity—to accept that each new incarnation of Star Trek will look wildly different from the previous ones. That’s okay.

Think about how special effects progress. No one would expect today’s Star Trek to use the same hand-painted, wooden planets and perforated velvet star curtains to depict space. The less-intuitive leap we must make pertains to props, costumes, and set design. Logic says that Star Trek Discovery, set 10 years before the original Star Trek, ought to look pretty similar, right? We should expect bright colors, analog switches and buttons, and lurid, theatrical lighting in pink, magenta and green. 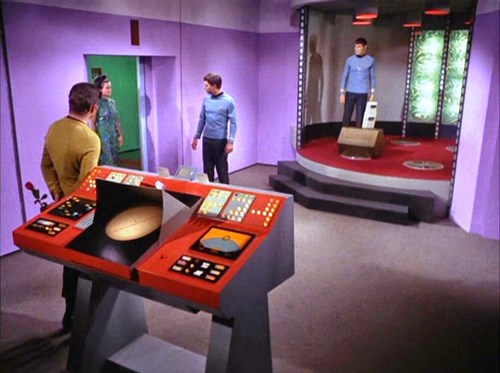 The transporter room on the original star ship Enterprise
The most fabulous room in the galaxy.

Instead we see the cool blues, gunmetal grays, and white lights that dominate the contemporary science fiction aesthetic. No buttons on the controls, because of course to the contemporary TV-watcher buttons wouldn’t look futuristic. In 1966 they sure did. 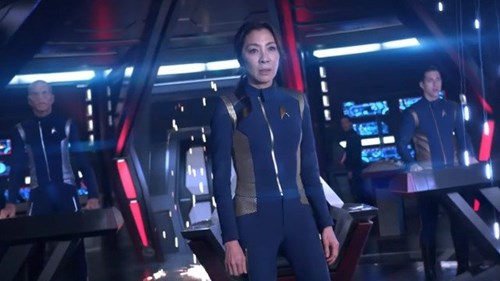 The bridge of the star ship Discovery
We may be from Earth, but no earth tones here.

Discovery directly references classic Star Trek, though, in the design of the iconic handheld tools: the communicator, tricorder, and phaser. They are, essentially, heavier, clunkier versions of those in classic Star Trek, implying that over the next ten years these tools will be improved upon, made lighter and easier to use.

The phaser in particular connects to the very first phaser, seen in the original, rejected pilot, “The Cage” and a few early episodes. You can see the similarity on the front where there are three, small sub-barrels. The rest of it is styled after the classic series phaser. Overall it is a bigger, blockier, but recognizable as the precursor to what will come 10 years later/51 years ago. 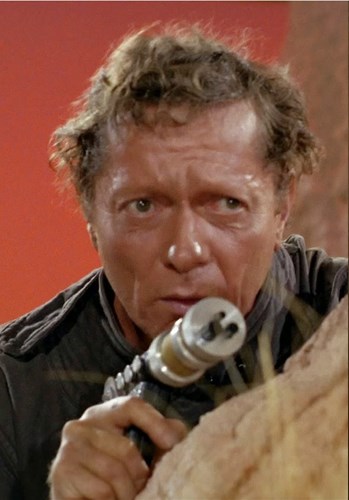 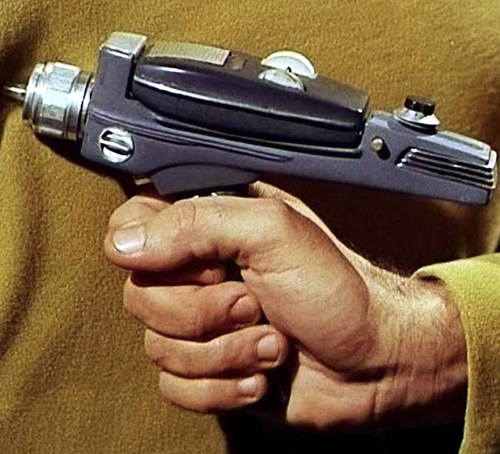 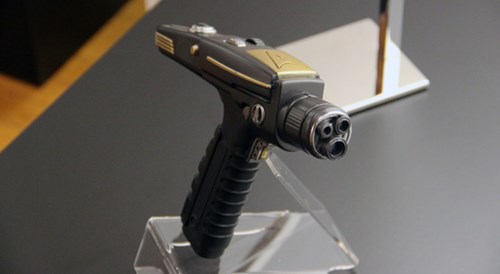