Woodstock at 50: The Festival That Almost Wasn't

Today, the multi-day music festival is a common feature of popular entertainment whose components — the exhaustive line-ups of up-and-coming artists mixed with headliners, the honey bucket lines, the expensive tacos, the glowing phone crowd audience response — now seems almost humdrum. But in 1969, it was a unique new way for people to dive Birkenstock-first into the counterculture. And while Woodstock, the now 50-year-old 3-day festival that took place in upstate New York in the summer of 1969, wasn’t the first or even the most well-attended musical event of the time, it was the music festival that has had the most cultural staying power and career-defining performances.

To the now ridiculous-sounding warnings from the stage about brown acid:

Woodstock was full of moments that helped define a generation and set the standard for festivals to come.

Billed as An Aquarian Exposition: Three Days of Peace & Music, Woodstock was a bit of a comedy of errors in terms of planning. The organizers (three white guys in their early twenties) had to move the site after the initial location’s residents balked at having 50,000 hippies descend on their rural hamlet. Because of this, they ran out of time to construct adequate gates and ticket booths. This meant that the festival wound up being free because attendees could just walk in, and the traffic caused by the almost half million people meant that the performers had to be helicoptered in because they couldn’t make it to the site in cars. Certainly, there would be no Coachella, no Bonnaroo, no Lollapalooza, indeed no Fyre festival had there not been a Woodstock. In addition to the many career-defining performances that marked the festival, those four days in August in bucolic Ulster County, NY with its music, mud, and myth-making, became the defining pop cultural moment of the 1960s.

MoPOP — with its extensive collection of Jimi Hendrix and rock-era instruments, ephemera, and oral histories — will celebrate the 50th anniversary of the festival with a day of activities, objects, film screenings, and art-making on Sunday, August 19th. This look back at a pivotal moment in pop culture will feature rarely-seen Woodstock-related objects, including posters, photographs, never-used tickets, and Jimi Hendrix’s famous white strat guitar, which he used to play his electric rendition of the Star-Spangled Banner. 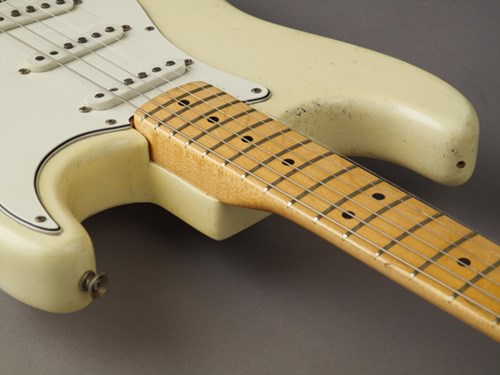 Throughout the day, the museum will offer spotlight tours of the Hendrix:Wild Blue Angel exhibit, art-making activities, a photo op with an “Age of Aquarius” authentic Volkswagen van named Freida, and video content — including interviews from the museum’s collection of oral histories with legends like Carlos Santana and members of the Jimi Hendrix Experience. At 2:00pm, the museum’s Sky Church will transform into the grassy field at Yazgur’s Farm and screen Jimi’s live performance at Woodstock in its entirety. Bring your beads and daisy chains, your tie-dyed shirts and bell-bottom pants, and take a step back into history to a time when musical festivals were messy and disorganized, when festival food consisted of hot dogs and apples, and when four days of performances by the best musicians in the world cost a mere $24. 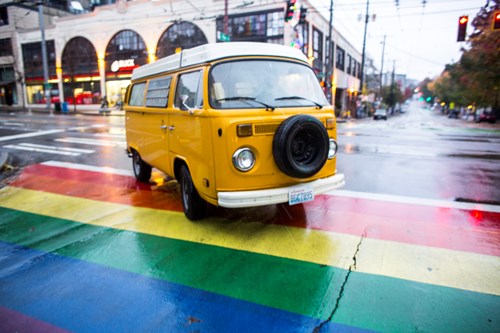 Jason is the Director of Education and Programs at MoPOP.